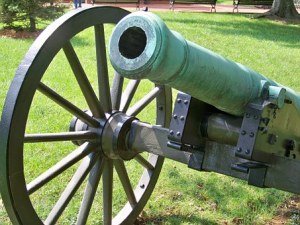 The enemy steals into the garden disguised as a serpent. His speech swells the imagination of the listener with promises of life and wisdom as the words of her Commander fade into the recesses of her mind. Ground is taken as the serpent’s first casualty surrenders and passes the poison of disobedience to her husband. Their surrender enslaves rather than exalts. The prisoners of war dwell in  death, conquered by their pride.

The Commander, Lord of Hosts is His name, does not leave His captives without hope. The enemy slithers away on his belly with the Commander’s words echoing in his brain. “And I will put enmity between you and the woman, And between your seed and her seed; He shall bruise you on the head, And you shall bruise him on the heel.” Gen. 3:15. He will send them a Rescuer.

The enemy of our souls, the Dragon, serpent of old, who is Satan, continued through the centuries  to attempt to slay God’s promise of a Rescuer through the weakness of God’s creation. But God’s plan for victory does not depend on the faithfulness of the captured. It depends solely on His character, He does not lie; His power, He is omnipotent; and His authority, He is sovereign over all creation, including His enemy. The victory is done.

In the ranks of the Lord of Hosts victory is ours. The war is won even as the enemy in his pride seeks to attack and destroy our strength. His strategies remain the same as he aims at the lust in our flesh, the lust in our eyes, and the pride of our lives. His battlefield begins in our minds.

The Lord of Hosts equips His own for daily victory. But if we are not aware of our equipment or how to use it, we open ourselves to falling prey to the enemy’s attack, leaving us weak and ineffective in our Commander’s army, forgetting we are in a war.

In Revelation 16 the final battle looms on the horizon. Jesus says, “…Blessed is the one who stays awake…” And in 1Peter 5:8,9a we are told, “Be of sober spirit, be on the alert, Your adversary, the devil, prowls about like a roaring lion, seeking someone to devour. But resist him, firm in your faith…”

Our enemy hasn’t forgotten the war. Let’s not forget it either until the final battle is fought, so we do not find ourselves among those who “walk about naked and men see his shame.” Rev. 16:15c

Praying today: “Finally, be strong in the Lord, and the strength of His might. Put on the full armor of God that you may be able to stand firm against the schemes of the devil.” Eph. 6:10-11.

One thought on “The Forgotten War”