“Stand therefore, having your loins girt about with truth, and having on the breastplate of righteousness;” Eph. 6:10.

“Who’s going to know? Sin done in the darkness, in secret remains in secret, right?”  Wrong.

Joshua 6 and 7 recounts the victory of Jericho and the defeat that follows.

“It’s really no one’s business what I do. If I choose sin, it will only hurt me.” Wrong again.

Another victory loomed before Israel as they prepared to go against Ai. They needed only two or three thousand men to defeat Ai’s forces. So…

“…there went up thither of the people about three thousand men: and they fled before the men of Ai. And the men of Ai smote of them about thirty and six men…” Joshua 7:4,5.

Despair reigned in Israel’s camp and even in Joshua, but he took it to the Lord. And the Lord spoke.“

…Get thee up; wherefore liest thou thus upon thy face? Israel hath sinned…Therefore the children of Israel could not stand before their enemies…neither will I be with you any more, except ye destroy the accursed from among you…” Josh. 7:10-12.

Sin weakens and brings fear. Sin separates from the presence of a holy God. Sin must be destroyed before it destroys. The Lord offers hope in a choice, but one way or another, sin must be removed from among you.

”Up, sanctify the people, and say, Sanctify yourselves against to morrow: for thus saith the LORD God of Israel, there is an accursed thing in the midst of thee, O Israel: thou canst not stand before thine enemies, until ye take away the accursed thing from among you…And it shall be, that he that is taken with the accursed thing shall be burnt with fire, he and all that he hath…” Josh.7: 13,15.

Achan had all night to ponder his sin and repent. I believe this was his opportunity to receive mercy and not judgment.

“Who is a God like unto thee, that pardoneth iniquity, and passeth by the transgression of the remnant of his heritage? he retaineth not his anger for ever, because he delighteth in mercy… Let the wicked forsake his way, and the unrighteous man his thoughts: and let him return unto the Lord, and he will have mercy upon him; and to our God, for he will abundantly pardon.” (Micah 7:18; Isa. 55:7).

But the morning came. Achan remained  disobedient to the word of the Lord and put himself and his family in certain judgment. As the morning proceeded, each tribe appeared before Joshua until Judah appeared, Achan’s tribe. Still no repentance, not even when Joshua called him out. When Achan’s sin found him out he confessed, but confession is not repentance. Israel executed the judgment of the Lord. How did it get to this point?

And it begins with a look. “And Achan answered Joshua, and said, Indeed I have sinned against the LORD God of Israel…When I saw among the spoils…Love not the world, neither the things of the world. If any man love the world, the love of the Father is not in him. For all that is in the world, the lust of the flesh, and the lust of the eyes…then I coveted them and took them…and the pride of life, is not of the Father, but is of the world.” (from Josh. 7:21; 1John 2:15-16).

For us: What’s left when we fail to guard our hearts with the breastplate of righteousness? Do we quit? Is there hope for renewal?

“Sanctify yourselves against to morrow…” Josh. 7:13; Having therefore these promises, dearly beloved, let us cleanse ourselves from all filthiness of the flesh and spirit, perfecting holiness in the fear of God…Prove all things; hold fast that which is good. Abstain from all appearance of evil. And the very God of peace sanctify you wholly; and I pray God your whole spirit and soul and body be preserved blameless unto the coming of our Lord Jesus Christ.”( 2Cor. 2:1; 1Thess. 5:21-23). 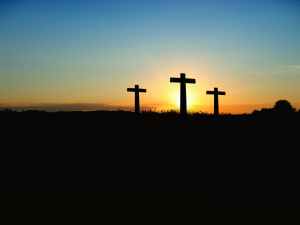 God takes sin seriously, so seriously He laid the sin of the world on His only Son, Jesus Christ and nailed it to the cross in His body. How seriously do you take sin?

It is time to come out from among the world armed with the breastplate of righteousness. It’s time to repent.

What does it mean to repent?

5 thoughts on “Are You Armed?”