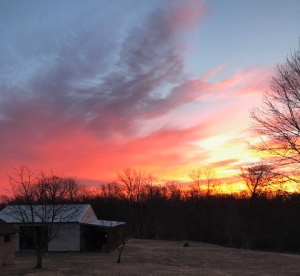 The war began in the heart of the Creator’s anointed cherub before time existed.

“How art thou fallen from heaven, O Lucifer, son of the morning!

how art thou cut down to the ground, which didst weaken the nations!

For thou hast said in thine heart, I will ascend into heaven,

I will exalt my throne above the stars of God:

I will sit also upon the mount of the congregation, in the sides of the north:

I will ascend above the heights of the clouds;

His Creator and ours answered the challenge.

In the Garden of Eden, the anointed cherub revealed himself a liar, a thief, and a murderer when he enticed Eve to deny the goodness of her Creator. The hearts and minds of mankind became his battlefield as he continued to seek the Lord God’s throne. If he could destroy God’s people, he may have believed the throne would be his, for there would be no Deliverer as promised in the Garden, to Abraham, the prophets, priests, and kings. But God would prevail.

“I will put enmity between thee and the woman, and between thy seed and her seed: it shall bruise thy head, and, and thou shalt bruise his heel…Gen. 3:15;

And the God of peace shall bruise Satan under your  feet shortly…Rom. 16:20;

But when the fullness of time was come, God sent forth his Son, made of a woman, made under the law, to redeem them that were under the law, that we might receive the adoption of sons.” Gal. 4:4,5.

Although, the name of God nor Satan are mentioned in the book of Esther, both are depicted. One in the account of Haman’s attempt to destroy God’s chosen people and the other in Esther’s role in the salvation of the Lord’s people. God’s faithfulness to his word was and is greater than any scheme of the deceiver.

“Ye are of God little children, and overcome them:

The Book of Esther depicts the Lord’s providential wisdom  in the affairs of man. Beginning with the banishment of Queen Vashti, Esther’s crowning, Mordecai’s saving of the king, Haman’s pride and hatred in the plotting of the Jews’ demise, Haman’s end, and in the end, the Jews’ salvation in which the Lord orchestrated a lost cause into a great victory, the Lord’s sovereignty unfolds.

Mordecai prophesied the Jews’ deliverance when he sought Esther’s help.

“For if thou altogether holdest thy peace at this time, then shall there enlargement and deliverance arise to the Jews from another place; but thou and thy father’s house shall be destroyed: and who knoweth whether thou art come to the kingdom for such a time as this?”

After Esther obeys Mordecai’s charge to approach the king, without being summoned, she asks Mordecai and all the Jews in Shushan to fast for her for three days and nights. Read the account to see God’s plan unfold, resulting in,

“…the Jews had joy and gladness, a feast and a good day. And many of the people of the land became Jews; for the fear of the Jews fell upon them.” Esther 8:17.

This would not be the last battle between the Lord and Satan, nor the last time God’s people would be threatened with extinction. Even now, the body of Christ, the church, comes under attack, some severely, others subtly but all by the same enemy.

“For we wrestle not against flesh and blood, but against principalities, against powers, against the rulers of the darkness of this world, against spiritual wickedness in high places.” Eph. 6:12.

What are we to do? Where does our help come from? The same place as Esther’s.

“Finally, my brethren, be strong in the Lord, and in the power of his might…

take unto you the whole armour of God, that ye may be able to withstand in the evil day, and having done all, to stand..

Praying always with all prayer and supplication in the Spirit,

and watching thereunto with all perseverance and supplication for all saints.” Eph. 6:10,13,18.

There will be one last battle.

“And when the thousand years are expired,

Satan shall be loosed out of his prison, and shall go out to deceive the nations…

And they went upon the breadth of the earth and compassed the camp of the saints about, and the beloved city:

and fire came down from God out of heaven, and devoured them.

And the devil that deceived them was cast into the lake of fire and brimstone,

where the beast and the false prophet are and shall be tormented day and night for ever and ever.” Rev. 20:7-10.

The King of kings and the Lord of lords wins and all who are His will be with Him for ever and ever! I hope to see you there.

When you find yourself in a battle, what is your recourse? How has the Lord showed himself strong on your behalf?