“And Pharaoh said, Who is the LORD, that I should obey his voice to let Israel go? I know not the LORD, neither will I let Israel go…Then the officers of the children of Israel…met Moses and Aaron…and they said unto them, The LORD look upon you, and judge; because ye have made our savour to be abhorred in the eyes of Pharaoh, and in the eyes of his servants, to put a sword in their hand to slay us.” (Ex. 5:2,21). 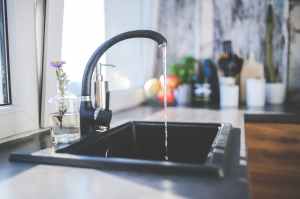 The antagonists in Exodus are like a dripping faucet that will not quit, but what is a good story without at least one antagonist?  Without a villain, no hero arrives to save the day. Many would tag Moses as the hero of Exodus and Pharaoh as the villain. I believe Moses is the instrument of the real Hero, as Pharaoh is the instrument of the real villain. Another antagonist in Exodus is the product of our flesh as seen in the people of Israel as they continually desired to return to Egypt.

Unlike Moses who, “Choosing rather to suffer affliction with the people of God, than to enjoy the pleasures of sin for a season; Esteeming the reproach of Christ greater riches than the treasures in Egypt: for he had respect unto the recompence of the reward.” They lost sight of the reward for the temporary comforts of the world, including bondage under a hard hearted Pharaoh, who opposed God at every turn.

The LORD God revealed himself to Pharaoh through the words of Moses.  “And the LORD said unto Moses…do all these wonders before Pharaoh…but I will harden his heart, that he shall not let the people go…say unto Pharaoh, Thus saith the LORD, Israel is my son, even my firstborn…Let my son go, that he may serve me: and if thou refuse to let him go, behold, I will slay thy son, even thy firstborn.” Ex. 4:21-23.

Why did the LORD God harden Pharaoh’s heart? Did God leave Pharaoh without opportunity for repentance?

First, the word Pharaoh received he did not believe. This was his first opportunity to turn from his wickedness, his rebellion.

“And Pharaoh said, Who is the LORD, that I should obey his voice…”

With that statement judgment began.

“Wherefore say unto the children of Israel, I am the LORD, and I will bring you out from under the burdens of the Egyptians, and I will rid you out of their bondage, and I will redeem you with a stretched out arm, and with great judgments…Ex. 6:6;

Four hundred years of slavery, bondage, murder and oppression of God’s children ended the time of turning for Egypt. Satan had worked through the Pharaohs attempting to destroy the promised seed of Abraham, who would bless all nations. If he destroyed Israel, he destroyed the seed. But God does not forget his covenant. Pharaoh would see the power of the LORD in the judgments to come.

Each plague the Lord put upon Egypt evidenced the power of God before Pharaoh. Each time Pharaoh had a choice but each time the choice became easier and easier to be rebellion. He would not bow to the Hebrew God.

“And the LORD said unto Moses…stand before Pharaoh, and say…Thus saith the LORD God of the Hebrews, Let my people go, that they may serve me. For I will at this time send all my plagues upon thine heart, and upon thy servants, and upon thy people; that thou mayest know that there is none like me in all the earth…thou shalt be cut off from the earth…for this cause have I raised thee up, for to shew in thee my power; and that my name may be declared throughout all the earth. As yet exaltest thou thyself against my people, that thou wilt not let them go?” Ex. 9:13-17.

Those who believed the word of the Lord were spared. But when Pharaoh saw the thunders and hail end, “…he sinned yet more, and hardened his heart, he and his servants. And the heart of Pharaoh was hardened…”

The end of Pharaoh’s hardened heart would be destruction. Sin had done its work and would have its wages. “He that being often reproved hardeneth his neck, shall suddenly be destroyed, and that without remedy.” Prov. 29:1.

Pharaoh’s kingdom was not unlike the coming kingdom of the beast in the end times. “And the fifth angel poured out his vial upon the seat of the beast; and his kingdom was full of darkness; and they gnawed their tongues for pain, and blasphemed the God of heaven because of their pains and their sores, and repented not of their deeds.” Rev. 16:10,11.

Many things of God we don’t fully understand. Let’s cling to what we do know. “But we are sure that the judgment of God is according to truth against them which commit such things.” Rom. 2:2. Judgment comes after opportunities are rejected.

God could not be holy if He did not judge sin. And His final judgment came in the sacrifice of His Son Jesus Christ. Receive Christ’s judgment as your own or receive judgment on your self.

“…we pray you in Christ’s stead, be ye reconciled to God. For he hath made him to be sin for us, who knew no sin; that we might be made the righteousness of God in him…TODAY IF YE WILL HEAR HIS VOICE, HARDEN NOT YOUR HEARTS.”( 2Cor. 5:20-21;Heb. 4:7)

You have heard the word. Will you receive or reject it? Guard your heart.